This show, based on the Oscar-winning film by Baz Lehrmann, is set in 1899 in Paris. It tells the story of a young poet who has a passionate affair with the beautiful and notorious star of the glamorous nightclub the Moulin Rouge.

The Bway score features roughly 70 songs, most of them chart-toppers of the past several decades, and includes additional songs that have been written since the film’s release. Ben Brantley of The New York Times said, “What this emporium of impure temptations is really selling is pure escapism. You may not believe in it all by the next morning. But I swear you’ll feel nothing like regret.”

The director is Alex Timbers, who also directed Peter and the Star Catcher, and Bloody Bloody Andrew Jackson. 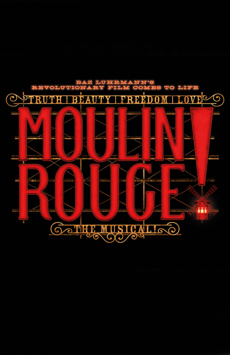 Please note: All pricing is inclusive of Box Office fees and surcharges when applicable. Contact us at info@oobnyc.com to confirm specific dates and pricing.